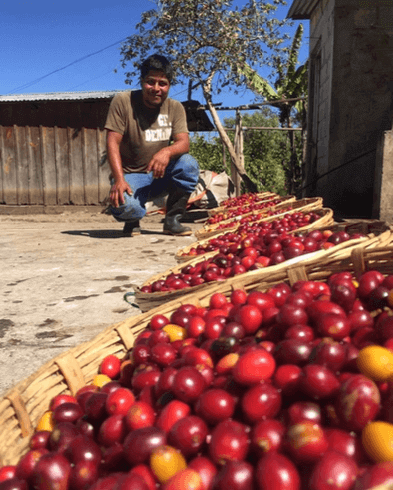 A coffee grower of 30 years old, married with Esperanza, to whom the name of the farm refers: “Finca Esperanza”. He is a second- generation producer – his mother and grandmother still work as coffee growers.

He produces coffee organically, under shade and mainly the varieties Typica, Bourbón and caturra. Like all its neighbors, Salvador used to make all its coffees as washed, however as part of the strategies to identify potentiality in the work with Cafeologo, it was identified that the pulped processes contributed to a higher cup quality to their beans reason why since 2016 he devotes a good part of its production to depulped processes.

We're not around right now. But you can send us an email and we'll get back to you, asap.